Within the framework of the partnership between UNESCO and UNODC entitled “UNESCO/UNODC Initiative on Global Citizenship Education: Doing the right thing”, Daniela Piana has been working with a group of foreign teenagers attending school in Paris. This is her account of the experience.

Ex ergo
If you want people be understood, you shall start by listening their music. (Plato)
NOST is a window casting light on an whole universe which is crossing cultures languages practices voices know how. A window whose soul bits profoundly cosmopolitan. The never ending quest of normative frames drawing orders amidst the complexity and the uncertainty goes hand to hand with the vital breath which lays at the basis of the normative creation.

That is the legality of which nobody speaks

When I entered their classroom they had the look of lives ferried in a new world of which they have already fixed the cardinal points, the sport, the music, final exams, and a strange mixture of gratitude, recognition for the authority of the teacher and a (underground but not too much) tension towards the affirmation of their identity (big word!) in the world.We live in the Babel, we move, cross frontiers, hit walls, build walls. We seek for written code to draw the lines of what might be done, what is forbidden, what is compulsory, what is possible, what is just desirable. The inspiration came from an unlikely encounter, one of those forms of serendipity that you happen when you are in a context of research of multidisciplinary excellence and intersecting trajectories of artistic intellectual linguistic growth that normally are not chosen, simply you happen to see unfolded in the lives of others. A courageous teacher, provided of the courage of that kind that you do not say in words. You just put it into action. A music teacher who did not understand at the beginning what bridge to throw between the language of musical creativity and the perennial theme of how to organize an ideal city? What are its rules? The architecture of its spaces, parks, accesses, roads, services? And above all what happens when that “ideal” city is born from the encounter of imaginations and experiences of cities that are very far apart for languages, cultures, rights and rights, rules, in short, and desires.

We started with a challenge. Design your ideal cities, each on your own, each without consulting your neighbor. Draw. In silence. And that silence spoke. The look of Brazil on access to football, the gaze of China on the symmetry of the skyscrapers, the look of Mali on the water and the river, the look of Afghanistan on the interiors of homes (because without a home there is no ideal in any city in the world ). And then forget about those paintings! let’s not talk about it at all. We begin to live the experience of building a music and a dance that “say” with the languages ​​that are not inside the word, they cross it, but do not oppose it, they are simply the unsaid, the “beyond the borders”, without denying its roots. Compose a music that represents yours (not mine, yours) city of ideal.

Three months, among the thousand things. What is an ideal city? After all, a place: it’s not that we have to be all of us, but that could potentially be compatible with everyone’s identity. And then you need rules, public spaces, parks, water, and sports, and music and dance. It is not the return to the golden age. It is to get out of the silence that characterizes the foundations of our life together that are not explained, which we do not doubt because when we begin to doubt it is already a problem, it is already a symptom of loss of substantial legitimacy, the very assumptions of legality, the knowledge of the rules, the ability to manufacture the rules, to make them an object as abstract as it is, full of life.

On May 17, 2018 in an evening of moving public representation, 20 teenagers, with their roots in their lives and with their hands outstretched towards each other, sing “their” music, that of everyone, that of the ideal city, and the music he says: “The hearts of men beats gently and slowly”. Because we do not scream respect for the rules, we do it. That is the first form of legality that we would like to convey, we would like to extend. Because after all he was right who, in the world of philosophy, thinking of a hypothetical experimentum crucis on the rule of law, says: no society is so able to demonstrate the tightness of its rules as that which lives and makes the experience of difference.

Exactly. Legality, the primacy of the rule with respect to arbitrariness. Even before the sanction, even before the sentence, before any form of formal institutional intervention, as necessary, as authoritative as it is indispensable. That legality that nobody talks about, but not because it does not need to be talked about, that is, it must be treated with natural language. It is simply consubstantial to our practice of living together, making the cognition of the quality of living all well a condition of strengthening the cognition of living well each one.

All this does not imply disregarding the boundaries. It means starting from the citizens. In Brazil, in Mali, in China, in Afghanistan. The young – and big – souls did not even cry out his immense success in achieving this unlikely rule creativity experience. At the end of the show, the boys and girls were simply touched. Touched thanks to themselves and to the road they had made together. Such a great thing. The rhythm of music is a rule, dance is the experience of the rule. And all this was already in itself to have so much, but so much to say. To their world, and to the world that will come.

“Strengthening the rule of law through education: a guide for policymakers” 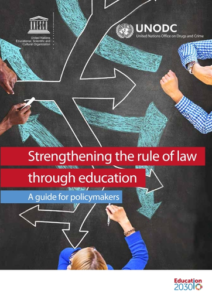 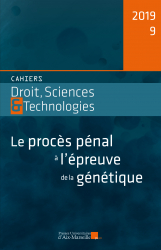